The “Peufiens” mobilized during the European Action Week Against Racism 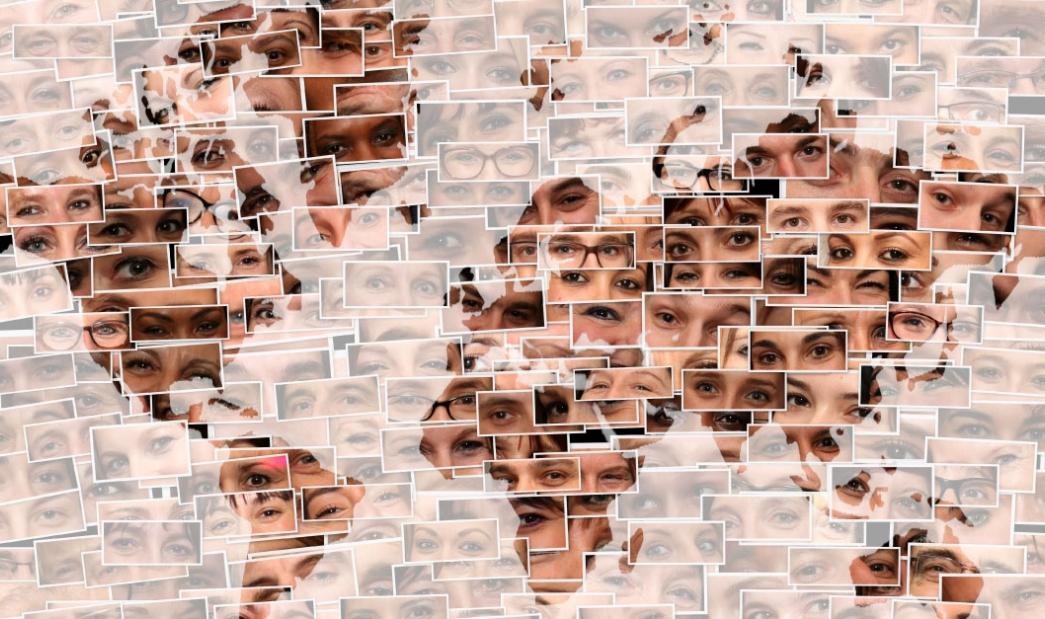 Since the early 1990s, UNITED coordinates every year around the 21st of March the European Action Week Against Racism. This year it took place from the 17th to the 25th of March under the slogan “Diversity – never enough!” Universities, schools, and a wide variety of different organizations carry out hundreds of activities all around Europe in order to bring an end to racism, discrimination and antisemitism. EPF students, and various student associations have chosen to raise awareness within the school by encouraging moments of conviviality and dialogue.

According to the government, education against discrimination should be at the heart of every School's mission in order to raise awareness primarly but above all, to transmit and support the values ​​of the land of human rights and freedoms. Indeed, "educating against prejudices is one of the axes of the national plan to fight racism and antisemitism" declared Edouard Philippe, Prime Minister, on Monday, March 19th.

As a committed and responsible school, EPF - Ecole d'Ingénieur-e-s actively participated in this momentum of solidarity through various actions. In order to represent the extent of cultural diversity that surrounds us, on the Troyes campus, “Humani'Phi” association offered the possibility to the students to get tattooed meaningful Arabic words or a world map in temporary ink. Other workshops were available to the students, including quizzes to test their knowledge, all, in a "world music" atmosphere.

In order to focus on discrimination as a whole, other subjects were tackled. On the Sceaux campus, the “EPF Partage” students' association organized a bake sale which profits were donated to the association “Le Refuge”, which acts against the rejection and isolation of young victims of homophobia. The last major event consisted in a conference of Bruno Perreau, professor at MIT (Massachusetts Institute of Technology), who discussed the deconstruction of existing prejudices regarding the LGBTQ community. This conference was made possible thanks to the collaboration of several associations: Conferences EPF, CVE, ESN, EgaliPhi and Oenology

Stefan Seiler, Head of the International Department and reporting member of the fight against racism, anti-Semitism and discrimination at EPF showed admiration towards the students' involvement in the success of the various actions. For him, this opportunity "constitutes every year a very important moment at EPF. There’s an atmosphere of growing manifestations of stigmatization phenomena: hateful comments are poured daily over the internet at a fascinating rate, acts of Intolerance and discriminations against minority groups and explicit statements of incitement to violence have seen a rise in recent years. Because of that, the entire EPF community, Students, administrative staff and academics have taken a stand through the various actions organized during the week, but have also been doing so on a daily basis to show that racist and discriminatory behavior have no place at EPF, moreover, in French society. When you are a young student, taking a stand is not easy so we are all proud that our students, this year, took the responsibility and the courage to defend the values ​​that are dear to our school: diversity, respect and living together ".

A big thank you to all the associations mobilized for the occasion. 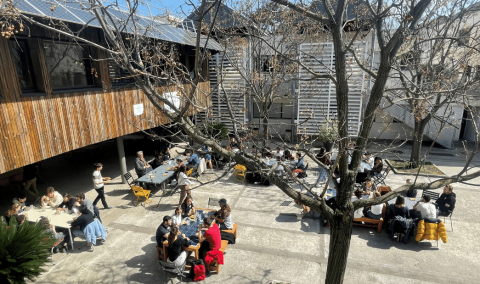 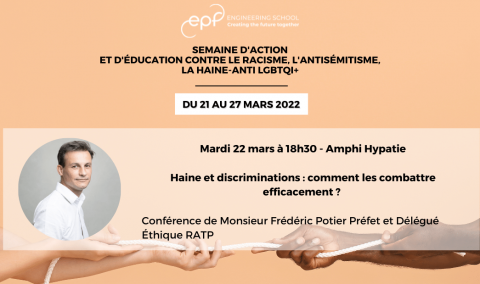 Conference by Frédéric Potier - hate and discrimination, how to fight them effectively?
During the week of action and education against racism, anti-Semitism, anti-LGBTQI+ hatred, we had the honor to welcome Frédéric Potier, Prefect, delegate for ethics at RATP* on the Paris-Cachan campus. *RATP is the french transport operator...
Diversité
Engagement
Vie associative
END_OF_DOCUMENT_TOKEN_TO_BE_REPLACED
Image